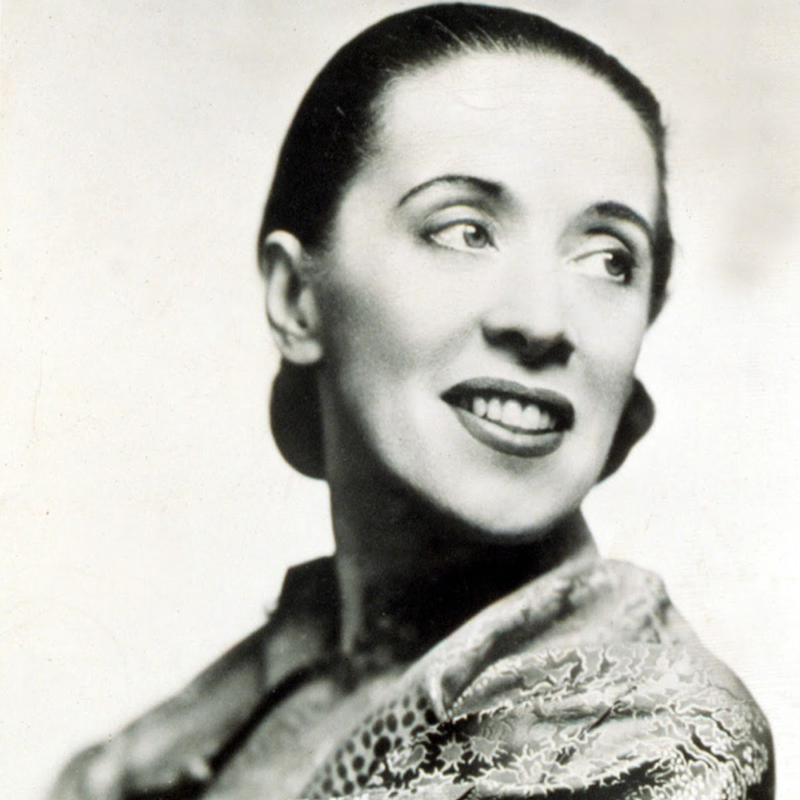 Martha Graham was an American modern dancer and choreographer. Her style, the Graham technique, reshaped American dance and is still taught worldwide.
Graham was born in Allegheny City – later Pittsburgh, Pennsylvania – in 1894. While her parents provided a comfortable environment in her youth, it was not one that encouraged dancing. The Graham family moved to Santa Barbara, California when Martha was fourteen years old, and that’s where she studied dance until 1923. In 1922, Graham performed one of Shawn's Egyptian dances with Lillian Powell in a short silent film by Hugo Riesenfeld that attempted to synchronize a dance routine on film with a live orchestra and an onscreen conductor.

When she left the Denishawn establishment in 1923, Graham did so with an urge to make dance an art form that was more grounded in the rawness of the human experience as opposed to just a mere form of entertainment. This motivated Graham to strip away the more decorative movements of ballet and of her training at the Denishawn school and focus more on the foundational aspects of movement.
In 1925, Graham was employed at the Eastman School of Music where Rouben Mamoulian was head of the School of Drama. Among other performances, together Mamoulian and Graham produced a short two-color film called The Flute of Krishna, featuring Eastman students. Mamoulian left Eastman shortly thereafter and Graham chose to leave also, even though she was asked to stay on.
In 1926, the Martha Graham Center of Contemporary Dance was established. Around the same time she entered an extended collaboration with Japanese-American pictorialist photographer Soichi Sunami, and over the next five years they together created some of the most iconic images of early modern dance.
Graham's technique pioneered a principle known as "Contraction and Release" in modern dance, which was derived from a stylized conception of breathing.
The contraction and release were both the basis for Graham's weighted and grounded style, which is in direct opposition to classical ballet techniques that typically aim to create an illusion of weightlessness. To counter the more percussive and staccato movements, Graham eventually added the spiral shape to the vocabulary of her technique to incorporate a sense of fluidity.
Within the many themes which Graham incorporated into her work, there were two that she seemed to adhere to the most—Americana and Greek Mythology. She collaborated with some of the best composers of the era on works like Appalachian Spring (1944) and often cast herself in her pieces.
Later in Graham’s career, she declined Hitler’s invitation to perform at the International Arts Festival but became the first dancer to perform at the White House. Erick Hawkins became the first man to dance with her company. He officially joined her troupe the following year, dancing male lead in a number of Graham's works. They were married in July 1948 after the New York premiere of Night Journey.[14] He left her troupe in 1951 and they divorced in 1954.

Graham continued to choreograph works, often starring in them, that continued to set new standards in modern dance. Her collaborators included Aaron Copland on Appalachian Spring, Louis Horst, Samuel Barber, William Schuman, Carlos Surinach, Norman Dello Joio, and Gian Carlo Menotti. Although she resisted recording her dances early on, later on she allowed it and encouraged it.
She received the highest civilian award of the US: the Presidential Medal of Freedom with Distinction.
In her biography Martha, Agnes de Mille cites Graham's last performance as having occurred on the evening of May 25, 1968, in Time of Snow. But in A Dancer's Life, biographer Russell Freedman lists the year of Graham's final performance as 1969. In her 1991 autobiography, Blood Memory, Graham herself lists her final performance as her 1970 appearance in Cortege of Eagles when she was 76 years old. Graham's choreographies span 181 compositions. After retirement she went through a deep depression, but after her health declined, including alcohol abuse, she rallied and returned to choreography for many additional works before her death in 1991 at age 96. Her autobiography was published post-humously.
https://buff.ly/2vKy9KE
(“Frontier”, composer: Lehman Engel)

Sorry, the comment form is closed at this time.