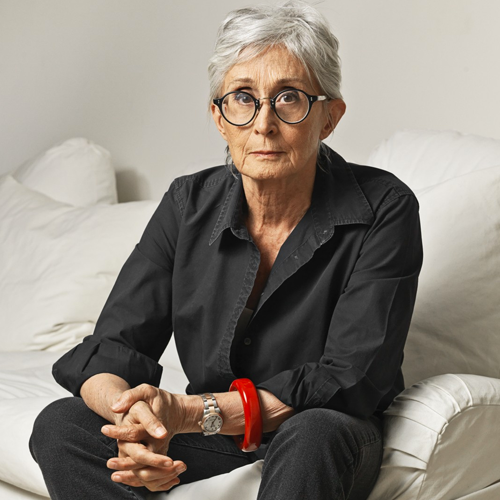 Twyla Tharp (born July 1, 1941) is an American dancer, choreographer, and author who lives and works in New York City. In 1966, she formed her own company Twyla Tharp Dance. Her work often uses classical music, jazz, and contemporary pop music.

From 1971 to 1988, Twyla Tharp Dance toured extensively around the world, performing original works. In 1973, Tharp choreographed Deuce Coupe to the music of The Beach Boys for the Joffrey Ballet. Deuce Coupe is considered to be the first crossover ballet. Later she choreographed Push Comes to Shove (1976), which featured Mikhail Baryshnikov and is now thought to be the best example of the crossover ballet.

In 1988, Twyla Tharp Dance merged with American Ballet Theatre, since which time ABT has held the world premieres of 16 of Tharp's works.

On May 24, 2018, she was awarded the Doctor of Arts degree by Harvard University.